BRN is utilizing our Vivero Amigos del Maguey y la Biodiversidad guidebook as the foundation for the production of a series of guidebooks to boost agave conservation efforts with their partners in Southwest USA and Northern Mexico as well as help us publish a new version for Oaxaca (under construction)!

From BRN: “As BRN’s Native Plant Materials program begins to develop a set of regional guide books for growing agaves from seed in the borderlands, assistant program manager, Perin McNelis, visited Rezpiral in Oaxaca to learn about agave production in the heart of agave land. Oaxaca is home to over 40 species of Agave and is at the southern end of the migratory route for the Lesser and Greater Long-Nosed Bats, and home to non-migratory nectar feeding bats that pollinate agave plants as well. Additionally, the tradition of growing agave, or maguey, for food and drink runs deep in Oaxaca where people have been in relationship with these plants through farming and distillation that have been practiced for generations. Rezpiral “is a spirits label, project and fair trade practice. At the core of the project is the embrace of an ethos that aims to respect and support the multi-generational knowledge, independence, flavors, lands and ways of each mezcalero family with whom we work.”  The project works on a small scale allowing for the advocacy of diversity on different levels, from supporting the autonomy of producers & their continued production of single batch artisanal agave distillates to the preservation of local land control. These ethics seek to contribute to the countering of industrial standardization and cultural appropriation of this family & pueblo produced spirit. Ecologically, seeding and planting practice is key to sustainability, autonomy and sustenance, and is something independent artisans have been doing for years. Rezpiral actively supports master artisan’s in planting and managing agave. Rezpiral believes that the burden of planting and protecting varieties should not fall completely on the shoulders of the artisan campesino, but be shared by the consumer. The Rezpiral nursery program promotes and practices this idea. Rezpiral also redirects 10% of it’s earnings back into supporting producer’s farming costs and practices.

The BRN horticulture team met Alex White of Rezpiral at the 2019 Agave Heritage Festival in Tucson and felt that our missions are deeply aligned in that we both seek to support people and landscapes through the uplifting and supporting cultures of land stewardship that also provide viable livlihoods centered on land-based activities. We know that the fates of wild agave species and the creatures that depend on them, including the migratory Lesser Long-Nosed Bat, are deeply tied to how humans relate to this magnificent plant and how we navigate the current “boom” cycle caused by mezcal and bacanora’s explosive arrival to the global capitalist market. Rezpiral works at a very local level, in the heart of Agave land, to offer a model of how the ancient practice of agave spirit production can both thrive and be prouced in a way that doesn’t exploit the land or the people who have maintained this practice for generations. One of the ways they do this is through their “Amigos del Maguey y la Biodiversidad” project, which is a nursery on ejido land (land that was redistributed after the Mexican Revolution to be collectively owned and managed for farming) that produces agaves of twenty plus varieties from seed both collected and sourced from a community of producers. The seeds are sown directly into ground beds, spaced out once they germinate and begin to crowd each other, then transplanted into the fields of various mezcaleros in the Rezpiral community. This keeps genetic diversity in the stock of mezcaleros to make the crop more resilient in response to catastrophic events that could potentially decimate a crop of agave produced solely by clonal “pups’. Plus, using seed requires ensuring that agave plants flower and are pollinated, which supports the nectar feeing bats. Rezpiral has also experimented with an agroforestry approach to planting agaves in which the young agaves from the nursery are transplanted into a field that has not been clear cut or leveled so that there is a mixture of agave species growing amongst trees and shrubs as they would in the natural landscapes surrounding the agricultural lands.

Rezpiral has created a few beautiful literary tools about mezcal and agave production in the unique context of Oaxaca. BRN picked up one if these booklets called “Vivero Amigos Del Maguey Y La Biodiversidad” at the Agave Heritage Festival last year. The BRN horticulture team was inspired by the booklet that lays out an easily replicable model for growing agaves from seed and describes the first phase of Rezpiral’s experiments with starting a nursery and planting with an agroforestry approach. BRN has been approached numerous times by various groups interested in learning how to start up nurseries for growing agaves in the US/Mexico borderlands, so we have realized that there is demand for workshops and a printed resource that details seed collection, propagation and planting methods that can provide an iterative framework for restoration practitioners, land managers, and spirit producers, that can be adjusted to fit the contexts and needs of the grower.  With support from Mountain Rose Herbs and Bat Conservation International, the Native Plant Materials program will be developing a set of bilingual regional regional guide books, inspired by Rezpiral’s guide and building on their momentum, for growing agaves with a restoration focus but that can be used by any interested folks. Perin’s visit to Oaxaca was so inspiring for kickstarting this work, and provided so much food for thought regarding ecological work that must also navigate the social cultural and political worlds. BRN looks forward to working more with Rezpiral in the future!”

You can donate to support BRN’s efforts here at https://www.borderlandsrestoration.org/donate.html

you must be 21+ to navigate this site 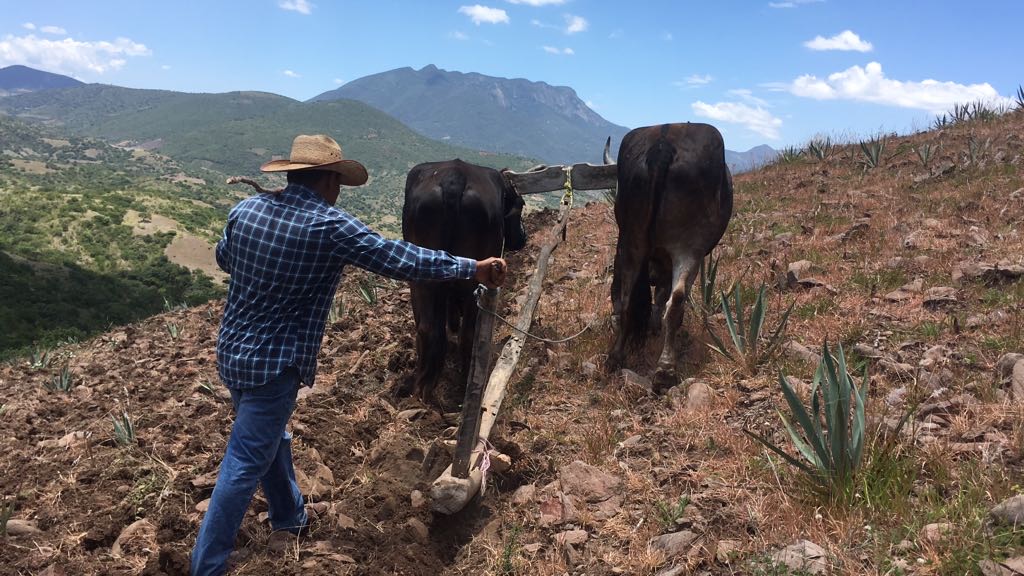